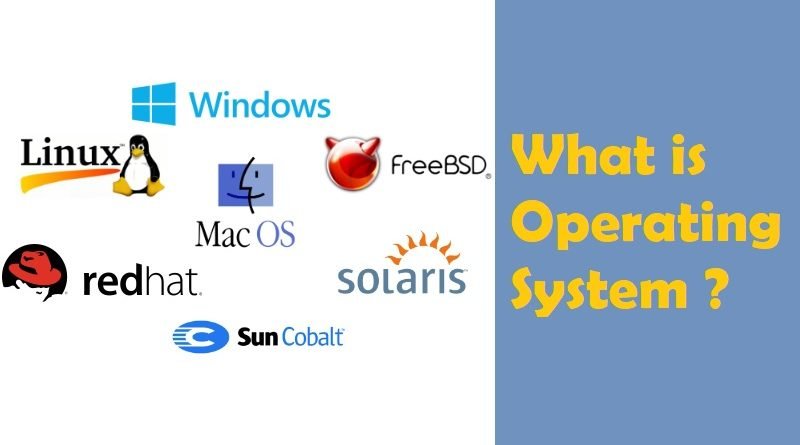 Operating system is collection of softwares which helps us to communicate with hardware. It works as a mediator between hardware and the user. it provides an environment to run application. Operating system manages and control the hardware resources according to the applications requirements. it allocates and deallocates the hardware resources according to the system calls.

when we have multiple users to access the same system, then OS manages & control the session and resources for each users and also in case when multiple programs runs in the same system, in that case also OS allocates and controls the system resources.

It involves multiple tasks like process creation, process scheduling, process termination, and a dead lock. Process is a program that runs to manage the related task, which is an important part of modern-day operating systems. The OS allocates resources that enables process to share and exchange information. It also protects the resources of each process and allows synchronization among processes. there are multiple algorithms to manages the process, generally we call it CPU Scheduling algorithms.

There are multiple type of operating system we have

Operating System shares in the market

What is portable OS

Sometimes specially when we are travelling, going to another location and we don’t want to carry our laptop or can’t carry our desktop but we wanted to use our favorite operating system in someone else system which already has an OS, there portable OS fulfills our demands. we can take these OS in a pendrive and run in a system without installing it.

Which is the best OS for personal use

For personal use Windows and MAC OS are the best options. for personal use, we don’t need powerful OS especially for simple tasks like writing or browsing the web. For gaming purpose, Windows operating system is well optimized than that of MAC.

Which OS is fastest

There is no argument that Linux based Operating Systems are the lightest and fastest OS in the market right now. they don’t need a powerful processor unlike Windows or Mac to operate at an optimal level.