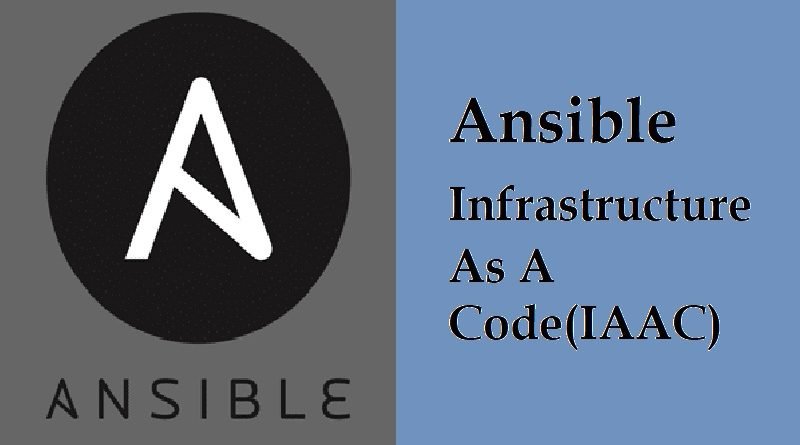 Ansible is an Open-source software used for provisioning, configuration management and application-deployment.It can run on linux kernel systems and can configure both linux and windows systems. It was written by Michael DeHaan and acquired by Red Hat in 2015. Ansible is agentless, it doesn’t requires any agent to be installed on the remote hosts. It uses SSH to connect linux kernel systems and Windows Remote Management to connect windows machines.

If a automation language is represented in simple text files, it can be easily managed in a version control system like software code. Advantage is that every change can be checked into the version control system, so that we have a history of the changes we make over time. If we want to revert to an earlier known-good configuration, we can simply check out that version of the code and apply it to our infrastructure.

Ansible: The Language of DevOps

Communication is the key of DevOps. Ansible is automation language that can be read and written across IT. It is only automation engine that can automate the application life cycle and continuous delivery pipeline from start to finish.

There are two types of hosts in the Ansible architecture control nodes and managed hosts. Ansible is installed and run from a control node. A control node could be an administrator’s laptop, a system shared by many administrators, or a server running Red Hat Ansible Tower. Managed hosts are listed in  inventory, which also organizes the systems into groups for easier collective management. The inventory can be defined in a static text file or dynamically determined by scripts that get information from external sources(i.e adding and deleting nodes in Kubernates autoscaling)

Ansible users create high-level plays Instead of writing complex scripts, to ensure a host or group of hosts are in a particular state. A play performs series of tasks on the hosts, in the order specified by the play. These plays are expressed in YAML format in a normal text file. A file that contains one or more plays is called a playbook.

Each task runs a module( A small piece of code with specific arguments). Each module works like a tool in your toolkit. Ansible ships with thousands of useful modules that can perform a wide variety of automation tasks. They can act on system files/directories, install/uninstall softwares, or make API calls.

Playbooks are designed to be idempotent, we can run a playbook multiple times on the same host, it will not make any changes if the system is in correct state.

Ansible also uses plug-ins. Plug-ins are the code that you can add to Ansible to extend it and adapt it to new uses and platforms. 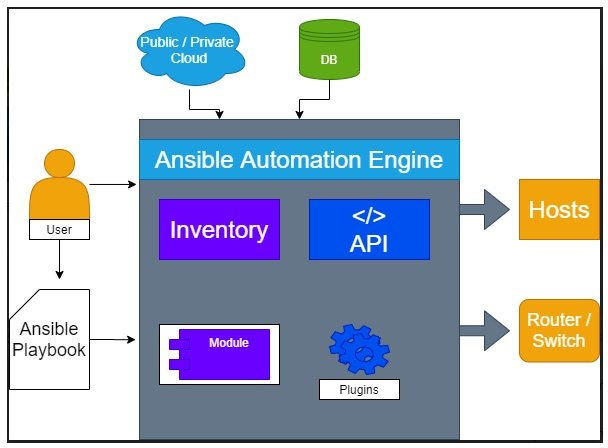 Use Cases of Ansible

Ansible combines and unites orchestration with configuration management, provisioning, and application deployment in one easy-to-use platform. some use cases are explained below.

Centralizing configuration file management and deployment is a most common use case for Ansible, and it is how many users are introduced to the Ansible automation platform.

Ansible can help streamline the process of provisioning systems, whether you are PXE booting and kickstarting bare-metal servers or virtual machines, or creating virtual machines or cloud instances from templates. Applications have to be deployed or installed on systems.

Creating a CI/CD pipeline requires coordination from many teams. You can’t do it without a simple automation platform that everyone in your organization can use. Ansible Playbooks keep the applications properly deployed throughout their entire life cycle.

When security policy is defined in Ansible Playbooks, scanning and remediation of site-wide security policies can be integrated into other automated processes.

Configurations alone do not define any environment. We need to define how multiple configurations interact, and ensure the disparate pieces can be managed as a whole.

How to Install Ansible

It is very simple to install Ansible.  Ansible software only needs to be installed on the control node from which Ansible will be run. Hosts that are managed by Ansible do not required to have Ansible installed. Ansible Installation involves few steps and has minimal requirements.

The control node must be a Linux or UNIX system. Microsoft Windows is not supported as a control node, although Windows systems can be the managed hosts.

Python 3 (version 3.5 or later) or Python 2 (version 2.7 or later) needs to be installed on the control nodes.

Linux and UNIX managed hosts need to have Python 2 (version 2.6 or later) or Python 3 (version 3.5 or later) installed for most modules to work properly.

We can write Ansible Playbooks for network devices using the same basic techniques that we uses when writing playbooks for servers. Because most network devices cannot run Python, Ansible runs network modules on the control node, not on the managed hosts. some  special connection methods are used to communicate with network devices, typically using either CLI over SSH, XML over SSH, or API over HTTP/HTTPS.

9 thoughts on “Ansible: Infrastructure As A Code(IAAC)”