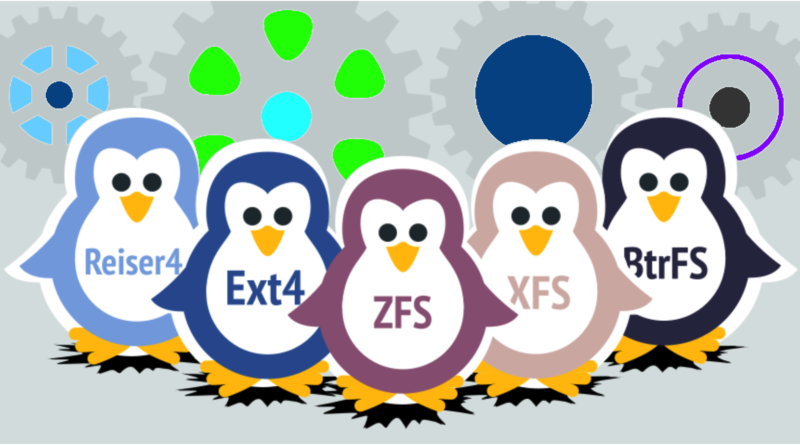 Partitioning means dividing a single hard drive into many logical drives. A partition is a contiguous set of blocks on a drive that is treated as an independent disk. A partition table is an index that relates sections of the hard drive to partitions. Each operating system has its own rule of using partitions as it wishes and doesn’t touch the other ones. This way the many operating systems can co-exist peacefully on the same hard disk.

CD-ROMs are usually also not partitioned, as it is easier to use them as one big disk, and there is a very rare case where it has to have several operating systems on one. Floppies are not usually partitioned. There is no technical reason against it, but since they’re so small, partitions would be useful only very rarely.

Why have multiple partitions? 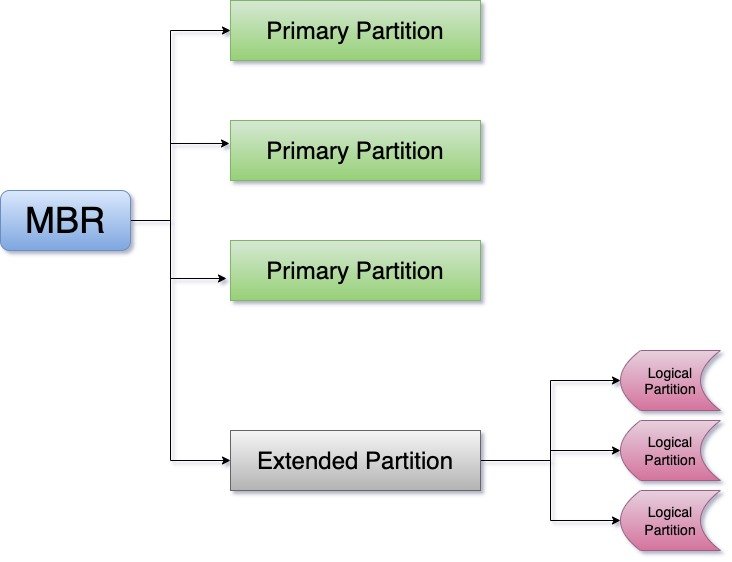 Different types of disks will have different initials in Linux.

It is a method of storing the data in an organized fashion on the disk. Every partition on the disk except MBR and Extended partition should be assigned with some file system in order to make them store the data. File system is applied to the partition by formatting it with a particular type of file system.

File system acts as a digital index that lets the computer instantly find a specific file, regardless of the size or configuration of the storage drive or where the data bytes associated with the file sit on the drive’s storage platters.

Types of File System in Linux

The file systems supported in Linux are ext2, ext3 and in RHEL 6 ext4, vfat, etc.

Files which is related to mounting in Linux

Mounting is a procedure where we attach a directory to the file system. There are two types of
mounting which will be used in Linux or any UNIX.

In a temporary mount point we will create a directory and mount it, but this mount point will last
only till the system is up, once it is rebooted the mounting will be lost.

To View all the mounted partitions

Permanent mounting procedure is exactly the same as temp mounting, but here we will update the
/etc/fstab file with the mounting details, so that it will be mounted even after the system is
reboot.

Swap space in Linux is used when the amount of physical memory (RAM) is full. If the system needs more memory resources and the RAM is full, inactive pages in memory are moved to the swap space. While swap space can help machines with a small amount of RAM, it should not be considered a replacement for more RAM. Swap space is located on hard drives, which have a slower access time than physical memory.

The basic rule for the size of Swap

Apart from the above recommendation, a basic rule is applied to create the swap partitions

Commands to be used in maintaining Swap spaces

To see the memory size and the swap space size

To see the swap usage use

To format the partition with swap file system use

To activate the swap space use

To deactivate the swap space use

Making a newly created SWAP partition to mount after reboot