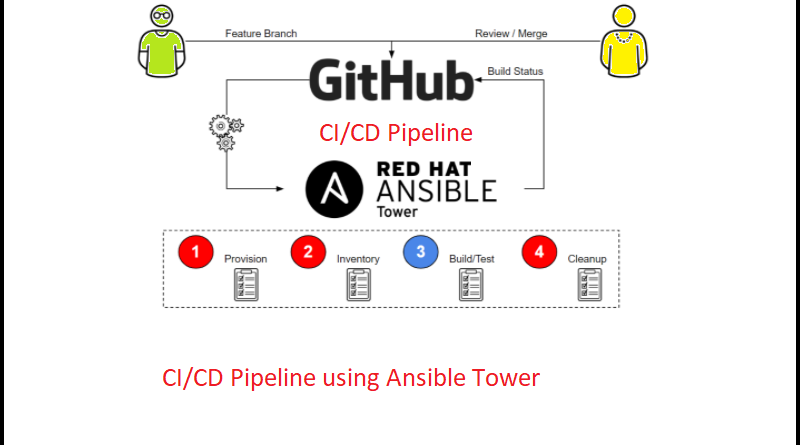 It is a DevOps practice of placing automation to integrate individual developer contributions into a shared code repository. This practice encourages committing changes more often, versus committing large changes frequently.

Continuous Delivery is software development approach which helps developers to automate beyond just unit tests so that they can validate software/application updates across multiple dimensions before deploying code to production environment.

Automated workflows are grouped together in jobs, which are placed in a pipeline. The pipeline defines the order in which the jobs to be executed.

There are no defined rules for the contents of your pipeline, but the basic premise is that pipelines facilitate automated quality control. This automation eliminates the need for human intervention in a reliably repeatable way.

There are few basic jobs which your pipeline may includes.

Above practice helps to rectify most of the issues before deploying code in production and it has many benefits.

Use a CI/CD pipeline, integrated with Ansible Tower, to perform automated routines with each commit to an Ansible Playbook project. Generally a pipeline performs the following steps:

Automation allows developers to create or edit playbook using their choice of tools or module. Developers can simply commit their code  and don’t bother about anything else because after committing, automation CI pipeline integrated with Ansible Tower will take care of everything. Pipeline automates processes that would otherwise have to be performed manually.

Ansible Lint is a command line tool used to linting the playbooks. It detect errors, bugs, suspicious code constructs, and stylistic errors that could potentially be improved.

Ansible Lint  is basically used by the Ansible Galaxy project to lint and calculate quality scores for content contributed to the Galaxy Hub but in Ansible tower it is coming with lint as a inbuilt feature.

Ansible Lint uses rules from ${PYTHON_PATH}/site-packages/ansiblelint/rules/ in the form of Python modules which may be used as it is or we can also modify according to requirement. Additional user-defined rules may be created and used with the default rules.

Syntactically, the playbook has no errors, and the ansible-playbook playbook.yml –syntax-check command will state the same.

Ansible Lint reveals that this is not well written playbook.

Rules inside ansible-lint are implemented as Python modules, and are stored in ${PYTHON_PATH}/site-packages/ansiblelint/rules/.

Solving these issues is simplified with help of of ansible-lint.

ansible-lint command implements rules as Python modules, and we can also use our own rule in addition to the default ones.

To override the default rules in ${PYTHON_PATH}/site-packages/ansiblelint/rules/, and instead use only your custom rules, use the ansible-lint command as follows:

You can read more basic about Ansible in my another post Ansible Deployment .