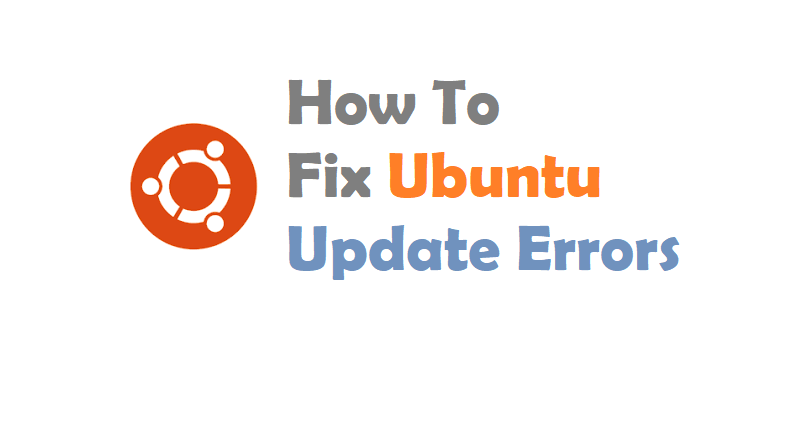 In this article We are providing some tricks for “How to Fix Ubuntu Update Errors”. What follows are common error messages and how to fix them with minimal fuss.

How to Fix Ubuntu Update Errors

A long series of text will scroll across the screen, but within this will be the following line or similar:

In order to fix this, you can enter this into the Terminal:

This will remove all the cached packages and force the system to re-download them again.

Sometimes we saw this error due to a PPA that you have added which is no longer available or simply not responding.

If this a PPA issue, then simply identify which of the PPAs is failing and remove it from sources. Do this as above by entering:

Fix to this error, Go to the sources and change the source to the Main Server.

Changing this means that future downloads might be slightly slower, due to the main server being busier than a local one, but it should be more stable and have a longer up-time than local servers which can be occasionally patchy.

Could Not Get Lock /var/cache/apt/archives/lock

When another package is using apt, then this error will appear.

Usually you can wait for the .deb package to finish installing and simply close the Software Center or gdebi if you use this. However, if the problem continues, you can resolve it by entering the following within the Terminal:

If this should fail, you can kill the process via:

When running an update within the Terminal, users can be presented with the following error:

Run this command to fix the problem:

You may like also: Install Ubuntu Core on Raspberry Pi 2 or 3 or 4
I hope you like this post “How to Fix Ubuntu Update Errors”. Do you have any questions? Leave a comment down below!